Juggler Games has just released a launch trailer (which you can watch above) to celebrate the arrival of its deck-building strategy title, The Amazing American Circus. The game, if you are unaware, features both management and card-based mechanics, and it sees you try and wow audiences after assembling your own traveling circus of performers. The Amazing American Circus features more than 15 unique performers, 200 hand-drawn cards, and 32 types of audience members, so it seems there's plenty of depth to be found here.

Along with the brand-new launch trailer, several more screenshots for the game were also unveiled and these shed light on some interesting details. It seems that you'll be able to recruit a chicken as a performer and several cards that will be accessible to the Face Changer performer have been revealed. You can take a look at these screenshots below:

We also have several new screenshots for you to feast your eyes on.

The Amazing American Circus has been delayed to August

The delay was due to the team's "commitment to the final quality and enjoyment of the game." 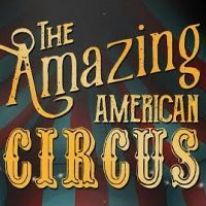