Sword Coast Legends hit PC last October, but today developer n-Space and publisher Digital Extremes has announced via a press release, that they'll be bringing the game to PS4 and Xbox One sometime during the spring this year.

The game will launch digitally on PlayStation Network and Xbox Live for $19.99, and will include all of the post-launch content, that has been added to the PC version, including "the drow as a new playable sub-race, additional character skill trees, hundreds of new placeable objects for DMs, new areas, new visual effects, hardcore gameplay options for the most rugged of adventurers, and much more."

We were not overly impressed by the PC version, so perhaps the price point and added value is a good course of action ahead of its console launch. 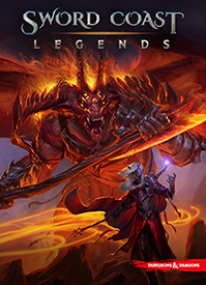