Sword Art Online is a fascinating franchise, starting out as a series of novels about a virtual reality MMORPG (pretty meta already, we'd say). Since then, it's spawned a manga series, an anime and a bunch of video game adaptations. Now, the latest video game to be based on the novel series about a video game (we're sorry, it's simply too fun to point out) has gone gold.

This was announced by producer Yousuke Futami (via Dualshockers) during a recent live stream.

Just like the new anime season, the game is starting a couple of months later than originally planned.

We have a new trailer to reveal the release date, bringing us even more of the Sword Art Online universe.

Sword Art Online: Alicization Lycoris has its own TGS trailer

The JRPG will bring us the Alicization arc of the anime, featuring heroes like Eugeo, Alice, and Kirito. 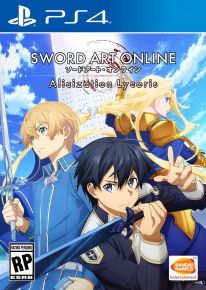