As we reported back in April, Earth Defense Force 2017 will be arriving on Nintendo Switch in 2021.

Now, we finally get a more specific date. On October 14, as revealed by the latest issue of Japanese outlet Weekly Famitsu (thanks, gematsu), the action game developed by Sandlot will launch in Japan first.

So far, we still don't know if, or when will Earth Defense Force 2017 for Switch be released outside of Japan. But, fingers crossed.

Would you like to play Earth Defense Force 2017 on Switch?

It'll arrive in Japan this October.

Earth Defense Force 6 is still planned to arrive in 2021. 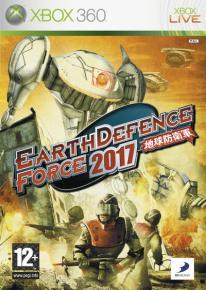