Sega have announced the next iteration of the popular Monkey Ball franchise - Step & Roll - for the Nintendo Wii and it will support the Wii Balance Board (that comes with Wii Fit). Not a lot is known about the game at this point, but the following statement has been released by Sega:

Super Monkey Ball: Step & Roll will be demoed at Gamescom in Cologne next month.

The monkeys keep on rolling and this time you can roll them with your feet!

We chat Nagoshi and Baba

Dust off your Balance Board...

Step & Roll on the balance board

Monkeys on a Balance Board 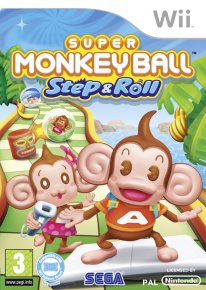