Let's-a-go, Mario's on mobile in Super Mario Run and we tried it out, seeing what the game has to offer and whether it's brand new or more of the same. The answer is a bit of both, as some things are new and fresh, and some things not so much.

First and foremost, controls and gameplay formula have been adapted masterfully. You won't feel at home, as that's just impossible for those of us who have been playing Mario for five, ten, or even thirty years, but Nintendo has managed to transfer all the DNA of the series to what's allowed by a one-handed, no-buttons input scheme. The result is accurate and instantaneous, the physics and the inertia are there, the distances and the reactions feel natural, and the little tweaks implemented fit seamlessly.

Both new and casual players will find it immediate and accessible. Veterans will miss the changes in pace, the exploration, or the sense of full control, but will be tempted by the most daring leaps and the several challenges the game offers.

The key to the fun here is precisely in those challenges. It's not about rescuing the princess (an average platform lover won't need more than three hours), nor how hard it is to get through each level. It isn't even a matter either of unveiling all the hidden secrets (as the continuous running means no thorough exploration is possible). This is all about how you complete each level. In other words, finishing a level, getting to the final flag, seldom brings true satisfaction. The joy comes when you complete them with no lives lost, or by collecting all the coins.

In terms of design, beyond the interesting adaptation of the mechanics to the specific type of device, the greatest achievement of Super Mario Run is the idea of rearranging some platforms and the five special coins on each level. The first run hides five pink coins, and when you collect them all on the same run you unlock a second run through the same level, with five purple coins. Then, if you grab them all, a third run, the trickiest, is unlocked, arranging five black coins (though they look green to us). It's a great way to encourage players to replay each level, and it's a true challenge for genre-lovers, a compensation for the lack of exploration or more complex situation, and at the end of the day a resource-saving feature.

For this review we played the six worlds made of four levels each, but we haven't fully completed (with all the black coins collected) more than a couple. Now we're totally hooked, though, as the concept is so successfully implemented that we'd love to see it back in future entries of the series, even if console games are more based on scale, complexity, and exploration.

Unlockable characters are here too, which are more than a mere aesthetic change, as, like with Super Mario Bros. 2, they completely change the controls and the physics, altering all the experience (just imagine Peach and her gliding skirt). Then you have the Toad Rally mode, pitching some eye-catching, style-based showdowns versus the ghosts of other players. There's also the Kingdom Builder, a way to arrange your collectibles on a diorama to spend those breaks between courses Animal Crossing-style.

Taking all this into account, we think the business model chosen for this game is spot-on (three free levels, all the rest after a one-time payment, all without micro-transactions), and we find it's a fair price for the value and the potential longevity of the experience. Yeah, on mobile it's a high premium price, that's true, and it might seem expensive on paper, and the Wii U game offers much, much more for three times the price, but it's not about that. Super Mario Run answers with Nintendo's signature quality and content that only a handful of mobile games out there have. Besides, it works great at a technical level. It's smooth, sharp and seamless, taking just a bit more than 300 MB of memory space and without soaking up too much battery life, which also shows that Nintendo is now more careful with this new endeavour outside its own platforms.

This said, we also have a couple of gripes. The recycling of assets, and music from New Super Mario Bros. U annoyed us, and is probably more frustrating for those who played the other games extensively. Another criticism has to do with level design quality, as although the average quality is pretty high, only two or three courses are truly memorable, and we know these talented developers have potential for more. For instance, Boo's haunted mansions are great, with a puzzle twist, and ironically, the endless runner-like levels work really nice as well, but we haven't been constantly mind-blown, nor have we seen enough crazy, fun, and frankly ridiculous ideas.

And let us warn once again - genre fans who don't like the idea of going back for the special black coins will be let down when it gets interesting towards the end of the fourth world. Remember: the challenge here is different.

All in all, Super Mario Run is a wonderfully crafted mobile adaptation of the new series and of the old school side-scrolling Mario, even if we'd have appreciated some new aesthetic tweaks and bolder new ideas. We understand it's meant to be accessible for all audiences, but features as good as rearranging the levels prove Mario can jump much higher with a running start.

Gamereactor UK
+
Great controls, Nice adaptation of the Mario formula, A few brilliant levels, Lets you rearrange platforms and coins for replayability, Spot-on price and business model, Interesting challenges, Flawless tech-wise.
-
For those who have played other new games (more if it's the Wii U game), it's too much recycling of assets and too shallow an experience, Lacks impressive new ideas, Doesn't offer the usual array of hidden secrets and areas.
is our network score. What's yours? The network score is the average of every country's score

"All in all, Super Mario Run is a wonderfully crafted mobile adaptation of the new series..."

Nintendo seems to be giving up on mobile games

The platform holder still intends on supporting existing titles, but the focus will mostly be on first-party hardware.

Super Mario Run gets in on some Odyssey fun

Super Mario run gets big update and a discount

A whole new world is included.

Nintendo revealed the surprising fact at a Q&A session.

This surprising news has come from Takashi Mochizuki.

You can now buy a Super Mario embroidery

It's pretty big, and pretty expensive. 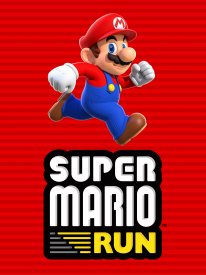