Christofer Sundberg co-founded Avalanche Studios in Stockholm, 16 years ago with Linus Blomberg, but he announced yesterday on Twitter that he would be leaving the company he has built at the end of April, and taking a break from the games industry.

Sundberg was the creative director and longtime CEO (Pim Holfve replaced him in that position in 2015), and instrumental in creating the Just Cause franchise. A year ago, Avalanche Studios was bought up by Nordisk Film, and it was likely the sort of exit Sundberg was looking for with the company now in the hands of a strong owner.

"I just announced to the team here at #AvalancheStudios that I will be leaving the company at the end of April. The studio I founded in my kitchen, built, ran and loved for 16 years, working together with fantastic individuals and teams."

Avalanche Studios spans three locations these days with an office in Stockholm, Sweden as well as New York (where Just Cause 3 and 4 were made), and the latest addition in Malmö in the south of Sweden. They released Just Cause 4 on PC, PS4, and Xbox One in December to mixed reviews and Square-Enix recently revealed that it did not meet their expectations sales wise. Next month will see the release of the self-published sci-fi co-op title Generation Zero, and in May Avalanche's perhaps most ambitious title to date, Rage 2, will see the light of day.

Sundberg who is a swimrun and endurance sports competitor has a company in the field called Ark Sports and this is what he'll be focusing on while also holding a seat on the board of Tarsier Studios (Little Nightmares).

Below is an interview with Sundberg we did in 2015 where he talks about the studio and their different projects at the time. 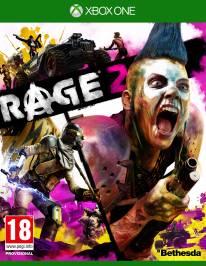