Close but no cigar. A date for Guard Crush and Lizardcube's classic beat 'em up revival, Streets of Rage 4, was leaked last week as April 26, but the studio has just revealed the real deal and it turns out players will finally be punching through enemies shortly after, on April 30 on PC, PS4, Switch, and Xbox.

The new trailer below unveils the final date with a style and music that will take you back to your local arcade place in the '90s, while also announcing the "legacy Battle Mode is back". This means players will be able to choose one of eight arenas (including Chinatown, The Streets or Skytrain) to then fight in co-op or versus teams for up to four players.

Shiva beats people up in Streets of Rage 4

No word on a release date, however.

There will be a new playable character and new game modes. 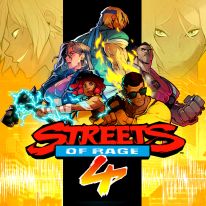