At E3 Bethesda announced that some VR titles would be coming our way and one of these is Doom VR. Gamereactor caught up with executive producer and game director Marty Stratton to discuss Doom's entry into VR.

"What we didn't go for is direct Doom 4 gameplay", he said, "because it's so fast and you move so fast through the world". What they instead look to produce is "something that really took you into the world of Doom, into the UAC" which involves visually examining the world in a different way. "And then we dive you into Hell" he said, saying that the first time he entered Hell in the VR space was something very memorable. "The amazing thing about VR is that your memories of the experience are in the place of the VR experience" rather than remember being in a living room. He described it as a "transformational experience" that reflects the "detail and love they put into it".

Stratton made clear the focus for the game is "creating an experience that is true to VR" since "the fun thing about VR is being able to walk around that little space". When asked if they are attempting to reproduce the recent Doom in VR, he said "we're not even trying to do that" but instead looking at "how does an experience get built specifically for VR in the Doom world", saying that not only the fast-paced action of the main game but the intense combat also would not have been appropriate for VR. "Hell takes on a whole different kind of feeling when you're in there in VR" and the emphasis is on seeing and exploring the world up close. "To see that stuff in VR is just really, really cool", also saying "we're going to focus on creating new experiences within the Doom world" rather than reproducing something else.

When asked how long the game will last, Stratton said there was no way of knowing as the game is still in its "early stages". He did say, however, that "the world is big" and they there are "a lot of things that we can do". The length of the game, then, will be "a matter of kind of running through [ideas] and figuring out what works best".

The technological challenges were not something that Stratton felt the team struggled with. He said the people working on it are "one of the best tech teams in the world" working with teams in Frankfurt and elsewhere that contributed to the game. Also, Stratton said the "engine is an uncapped frame-rate engine so that's really important" as well, which helped "this combination of technology and art". He dwelled upon the fact that the world could be examined so much closer in VR. "When you actually have the time to like take a look at something, to walk around the Revenant, you know, who stands seven-and-a-half feet tall, you just see things in that world and that's just a huge tribute to the tech on our side and then also the artists who kind of create that level of detail in the world".

Exclusivity details came up too, as the presentation was with the HTC Vive. "There's really no exclusivity", he said. "We're kind of agnostic when it comes to technology" and the Vive was chosen simply because it was a "solid, good hardware for it". When we suggested the possibility of PlayStation VR and even the Scorpio Project, Stratton said it "is a wide open ball field for us" but that it's hard to say with certainty what will happen in the future. He also went on to say that they had it themselves back in 2012 and "to have it be so prevalent now is fantastic".

We also asked whether users will be able to create things in VR as they did in the main game, Stratton said he could not give a definitive answer but "it would be very fun". The main game is built on the three components of the game (single player, multiplayer and SnapMap) which give "so much fertile ground to continue to feed", VR being just another opportunity to please players in a similar way. The game will continue to be built upon and new things added so he said to watch out in the future. 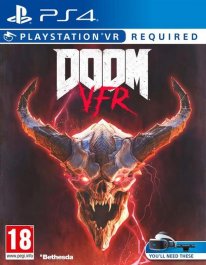