Rebellion has just released a new co-op gameplay trailer dedicated to its next action game, Strange Brigade, which is heading to PC, PS4, and Xbox One later this summer. The interesting thing about the new footage is that it shows off a previously unseen section of the campaign, called Hidden Valley, as well as some of the enemies and supernatural abilities that players will enjoy when the game lands on August 28. Check it out below and stay tuned for more on the game, with Rebellion suggesting that more is on the way in the coming days.

Thank you for your time. We will take care of this matter as soon as posible
Borrring. Really, Rebellion. Horde mode with 4-player co-op?! Wayyy too soon guys. Been there, done that too much in the not-too-distant past. You guys are better than this. 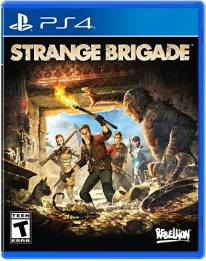