Observation developer No Code and Devolver Digital have revealed that Stories Untold is expanding onto the Nintendo Switch after first landing on PC back in 2017 as an experimental thriller.

January 16 is when Nintendo Switch fans can play the game fusing text adventure and point-and-click gameplay, packaging four short stories together into an anthology that has been well-received by players and critics.

The user experience and controls have been reworked to suit the Joy-Cons of the Nintendo Switch, and you can even check out the new trailer down below in case you haven't heard of the title.

Have you played it on PC?

The Observation developer No Code is releasing their experimental thriller yet again, reworking the controls and interface. 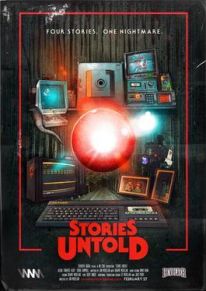