"It never gets boring watching Yoda rip through enemy lines with his lightning-quick lightsaber (as long as he's on your side, of course)."

Star Wars Battlefront II could be nearing the end of its lifetime content update-wise.

With the development team now working from home, the content schedule has slipped just a little.

Episode IX is about to hit cinemas, and there are new locations, heroes, and more heading to the game this month and in January.

This is for Premier users, although there are plenty of other games coming for Origin Access players in December.

Star Wars Battlefront and its sequel have sold better than some gamers may have thought.

The popular game mode is returning next month, and we got to try it early when we visited EA in Cologne during Gamescom.

Creative director Dennis Brännvall said they want to give Respawn's upcoming game some space initially though.

This Gamescom update promises a new map, new modes, and content themed around The Rise of Skywalker.

Anakin Skywalker is headed for Star Wars Battlefront II and DICE has shared a first look of the character.

EA DICE has revealed the dates for upcoming events and the Darth Tyranus update that adds Count Dooku (voiced by Corey Burton) to Star Wars Battlefront II. An interesting...

Dataminers have found plenty of evidence.

Army or not - you must realise, you are doomed. 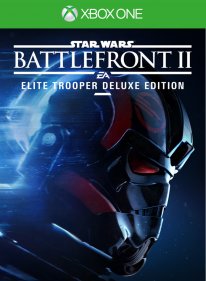