Star Trek Online has been on the PC for the last six years but is now moving to consoles. We talked with art director Samuel Wall at Gamescom 2016 about the move to consoles and what fans can expect from the game.

Wall told us that it was no easy feat transferring the game from PC to console. "We had 72 buttons on the keyboard condensed down to 16, so it was no easy task. You can use all the abilities from the PC to console based around radial menus and auto-executing them quickly through personal strategy and how you want to play the game [...] the basis of the game's the same, all your powers are the same, you get every customisation option from the PC to the console, so it's really in depth, but it's so easy and accessible to play that it's just such a streamlined experience".

He also confirmed that there will be no stopping in adding new content to the game. "For over a year we've been working on Star Trek console and at the same time we've had anniversary come out and the expansion Agents of Yesterday" in July, with more updates still in the works as well.

Console fans can expect Star Trek Online on PlayStation 4 and Xbox One in autumn. 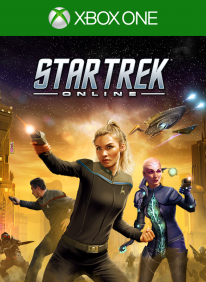