At this year's Gamescom there's been a wealth of new content released for the anticipated Star Trek game from Digital Extremes.

The game is to be set in the wake of the 2009 movie reboot, and continues the adventures of the new look Enterprise crew (actors, including Chris Pine as Kirk and Zachary Quinto as Spock, lend their voices for the game). They're promising co-op play with Kirk and Spock, and loads of other features that should appeal to fans of the franchise. 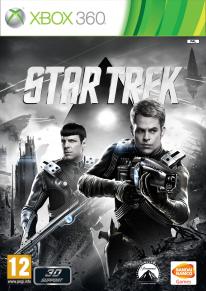