Super Street Fighter IV: Arcade Edition will be available on Xbox Live and PSN from today, with the retail edition coming on June 24, Capcom has announced.

The DLC costs 1,200MP/£11.99, and updates the current Super Street Fighter IV retail edition with new characters and modes. New to the roster is Evil Ryu, SFIII's Yun and Yang, as well as new character Oni, and the entire roster has been re-balanced.

The DLC will also include an updated Replay Channel, allowing players to share their favorite battles with other players and makes it easier to watch matches for the best "Street Fighters" available.

Digital to be followed by retail later 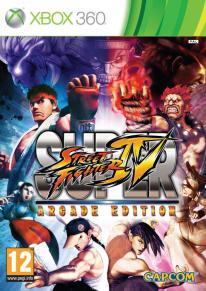