Both Nintendo, Sony, Microsoft, EA, Ubisoft and Devolver have already shown that they're more than ready to have their own special streams with announcements during the pandemic, and it's finally Square Enix's turn on March 18.

The Japanese giant has announced that it'll be having an approximately 40 minute long showcase at 5 PM GMT/ 6 PM CET next Thursday. We're told that the new long-rumoured Life is Strange game and several games from the GO-franchise's developers at Square Enix Montreal will be revealed there. Marvel's Avengers, Outriders, Balan Wonderworld and Just Cause Mobile will also be there, as well as another update regarding Tomb Raider's 25th anniversary, so consider me tuned in.

The game is set to launch on September 10.

The game is set to launch on September 10. 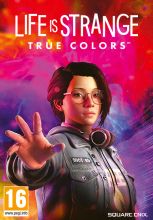