Square Enix has already confirmed its presence at the digital Tokyo Game Show 2020, but the company has not yet spoken in detail about the projects it wants to show there. Platinum Games' Babylon's Fall will be one topic, a few Dragon Quest and Final Fantasy mobile spin-offs are also scheduled to be shown and we have just now received confirmation that the successful Nier series will also be present during the virtual event.

The game's Japanese Twitter account dated a pre-recorded live stream on September 24, 14:00 BST / 15:00 CEST. The video will have English subtitles and according to the post, it contains information on the two current Nier projects (Nier Replicant ver.1.22474487139 and Nier Re[in]carnation) as well as a little surprise regarding Nier: Automata.

Maybe a next-gen port is pending, what do you think?

The system requirements for NieR Replicant ver.1.22474487139 have been revealed

Luckily, the game doesn't appear to be too demanding.

The release date was confirmed today at Tokyo Game Show.

The stream will be broadcast with English subtitles on September 24. 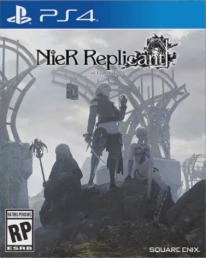