Square Enix has revealed that it will be celebrating the 25th anniversary of Trials of Mana with a new update to the game which will bring several challenging modes to test the skills of seasoned veterans. The title, as well as Secret of Mana and Collection of Mana, will also be receiving hefty discounts running from October 14 to November 2.

Patch 1.1.0 for Trials of Mana goes live today and introduces a "No Future" difficulty setting. This setting pits players against harder foes and there's a restriction on the abilities and items that will be able to be used. There will also be new challenges with time limits on bosses, and players will now be able to adjust their costumes after resetting a character's class or starting a New Game Plus playthrough.

Trials of Mana launching next April

The Nintendo Direct had news to share on Square Enix's RPG, and we even have a new trailer for TGS. 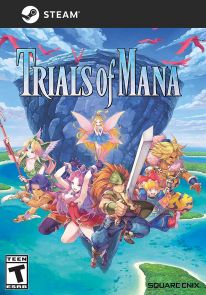