Just in time for Halloween, Paradox Interactive has announced that it will be delivering a spooky expansion for Stellaris. The Necroids Species Pack, which will be available on October 29, is set to tell the origins of the Necroids, as well as bringing a bunch of new civics, portraits, ship sets and other cosmetics.

The full pack will contain; One new Origin, the Necrophage - a powerful new species that consumes primary species within its grasps, blurring the lines between empire and cult, with three new civics. These civics are: Death Cult, a powerful edict that requires population sacrifice, Reanimated Armies, which allows the deployment of morality-immune undead armies, and Memoralists, where you can erect monuments to the galaxy's past to ensure planetary stability.

Furthermore, there will be 16 new portraits, a new ship set, another advisory voiceover, new city set and diplomacy room, a new name list, and more building cosmetics to use during a playthrough.

You can check out the trailer for the expansion above.

Console players on the other hand will get Lithoids Species Pack.

Bringing a new terrifying Origin, this expansion is perfect for those who aren't afraid to live their undeath to the fullest. 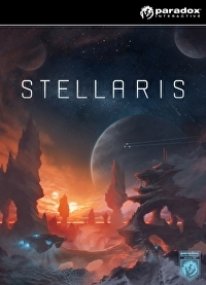