1047 Games has announced the inaugural season of Splitgate esports. Set to begin later this week, on October 17, the event will boast a $100,000 prize pool and will span a range of free to enter tournaments and live broadcasts taking place until the end of 2021.

The season will start with the Splitgate Pro Series first open qualifier this Sunday, with another open qualifier taking place each consecutive Sunday until November 21. All six of these events will be free to enter and will offer up $5000 in cash prizes, and will all take place at 20:00 BST / 21:00 CEST (becoming 19:00 GMT / 20:00 CET October 31 onwards).

Once the open qualifiers have wrapped up, there will be a Last Chance Qualifier taking place on December 5, to select the eight teams that will be competing in the Grand Final on December 12, which will feature a $60,000 cash prize.

As for how qualifying will work, the announcement post for the esports series explains it as so:

Each of these events will be broadcast live on Splitgate's Twitch channel and will be sponsored by Astro Gaming. Catch the action when it kicks off this Sunday here.

Splitgate is getting a $100,000 launch esports season

It'll be known as the Splitgate Pro Series and starts later this week.

No word on when the game will leave beta though.

The free-to-play shooter has become one of 2021's surprise smash hits.

Splitgate to remain in open beta for the foreseeable future

We're also told by the developer to keep an eye out in the Gamescom Opening Night Live show. 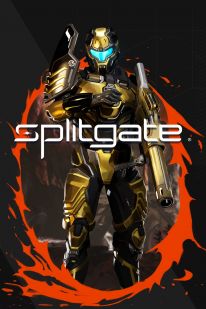