We all thought a new Splinter Cell game would be announced at E3, since Sam Fisher had been visiting Ghost Recon: Wildlands and Microsoft had added Splinter Cell games for the Xbox One backwards compatibility program, and although we were disappointed not to see it, we do have some good Splinter Cell news.

No less than two games in the series have been confirmed to be playable on Xbox One by Larry 'Major Nelson' Hryb on Twitter, with these two being Splinter Cell: Double Agent (released in 2006) and Splinter Cell: Blacklist (from 2013, the last game so far in the series).

As per usual, you can find the full list of backwards compatible games at this link, but will you be playing these two games?

Splinter Cell: Blacklist and Double Agent playable on Xbox One

Sam Fisher gets another outing... sort of. 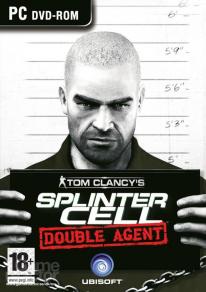