This year's E3 has been a big one. We've seen tons of huge announcements from triple-A reveals all the way to brand-new hardware. Whilst there has been a lot to get hyped for, the biggest loser is looking to be 2019 itself as few big names are making their debut this year. Unfortunately, even some indie developers are taking a leaf out of the major publishers' book, with the newest title from Thunder Lotus Games being no different. Whilst we were lucky enough to spend some time hands-on with Spiritfarer, it is going to be a while until we see it launch.

Spiritfarer is a relaxing management title about dying. We know it sounds macabre but in reality, it's far from it. You play as Stella, a ferry master to the deceased whose job it is to care for spirits and guide them to the afterlife. In order to accomplish such a role, you are provided with a ferry that can be customised to suit your guests' needs as you take them across the mystical seas and beyond. In general, it's a game about understanding and accepting mortality, by celebrating and respecting those who have moved on to the next life.

This title is 2D in nature and it's essentially a side-scroller. Stella herself does have certain mechanics such as jumping and climbing but largely the experience is about talking to and understanding your passengers. When we were playing the demo at E3, our time was spent caring for these spirits by listening to them and performing final requests for them. For example, we were tasked with several things from a robe wearing snake called Summer who wished for both a meditation room full of plants, as well as retrieving a lost item of hers. This led us to the shipyard where we can upgrade our vessel and to a distant land where Summer used to live.

Travelling in Spiritfarer isn't exactly what you'd expect as you actually have to wait for your ship to travel the distance itself. This means you can't just fast travel and be there, you have to occupy yourself on the way through the likes of fishing, cooking or even talking to other passengers. One of the more unusual ways to pass the time that we encountered was something called the rain dance, where the toad spirit played a harmonious tune on a flute causing a storm to swell and lightning to strike the ship. This event actually transitioned into a mini-game where we had to stand beneath the lightning as it struck, in order to collect Glims, the currency within the title.

Eventually, the ship had traversed the distance to Summer's home, and we could crack on with finding her lost items, aiding her transition to the afterlife. Once we had found what we were looking for and provided the necessary items for her, Summer was quite content with spending some final time before moving on. This meant we had some more time to fill, which we ended up spending on helping another passenger, thus starting the whole sequence again.

Perhaps the most interesting and eye-catching part of Spiritfarer was the charming hand-drawn art style which makes the game feel so unique. On top of this, when that's coupled with the calming music, it's hard to do anything except sit back and unwind and just appreciate how fortunate you are to have the time to be able to experience a title like this. Just for a point of reference, we saw this game on the hyper-busy Xbox show floor and truthfully, we felt completely absorbed by it, as though we weren't really even there.

You see, Spiritfarer isn't about flashy mechanics or hardcore challenges, it's about taking a minute and just absorbing the moment. We know we sound incredibly zen right now, but the truth is, it's exactly how it made us feel, relaxed. Which in this high-pressure stress-filled world is invigorating to experience, especially when we're supposed to be taking a load off and just playing some games. At least that was the lesson we learnt when being a ferry master for those who had little to no time left themselves.

As mentioned earlier, Spiritfarer is currently set for a 2020 release window but when it does launch, it will be coming to PC, PS4, Xbox One and Switch, bringing an opportunity to loosen up on whichever platform you call home. Whenever the title does launch, we can't wait to fall back into it and see where our adventure as a ferry master takes us. 2020 can't come soon enough.

Spiritfarer is getting a physical edition on PS4 and Switch

The physical release includes a 96-page art book and a digital download for the soundtrack.

Spiritfarer has sold more than 500,000 units

And its latest update is available now.

The spirit-ferrying indie title has plenty coming for this year.

Spiritfarer to release on Stadia and EGS, new trailer shown

Thunder Lotus Games has announced that its adventure title Spiritfarer will release on Stadia and the Epic Games Store.

Spiritfarer gets a first gameplay teaser

We finally get a taste of how Spiritfarer, the spiritual new title from Thunder Lotus Games, will play out.

We got hands-on with Thunder Lotus Games' upcoming title at the Xbox Showcase during this year's E3. 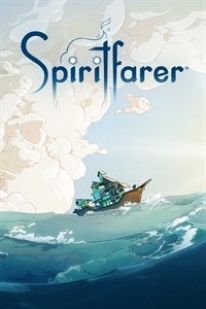