"One feels that the choice of genre and setting was chosen because it was how they could best support the story and not vice versa."

Spec Ops: The Line and The Darkness II now on Xbox One

As is The Misadventures of PB Winterbottom.

Spec Ops: The Line writer would rather eat glass than make sequel

"It was a brutal, painful development."

Spec Ops: The Line, The Darkness II, NBA 2K16, Battleborn, Civ V and Mafia 2 among the games you can get cheap.

Buy any title in this weekend's promotion and get Yager's game for free.

Spec Ops devs next game not a shooter?

"We've never had more platforms and more business models, so it's a good time for new IP."

See the game in action.

The Line gets free DLC.

The importance of narration over bullets.

We talk to Walt Williams about the changing face of war, and the need to avoid exploitation, and reconnect the player to the fallout of military action.

New mode will be free.

Spec Ops: The Line demo out

Get it on PSN and Xbox Live now.

"Rally Points change every minute, and every one on Consumed has been carefully carved into its own miniature suicide mission."

PREVIEW. Written by Gillen McAllister on the 6th of February 2012 at 13

"He'll slowly drown in each and every decision made. A flash of bloodied sand dunes vomiting out blackened, crawling figures is still burned into our mind's eye."

Won't be shown at E3 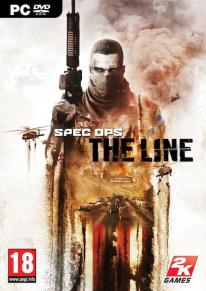