Bandai Namco has announced that the fifth DLC for Soul Calibur VI will be released tomorrow, May 16. This is called Character Creation Set B, and as you may have guessed from the name, it'll feature plenty of customisation items, over 150 in fact.

This is available to all who have the Season Pass, although it can be bought separately too, and what's more is that 97 pieces of background music from previous games in the series are being added with this DLC pack too.

You can check out some of the new customisation items down below, and we may be seeing frame data released for the game at some point, since earlier this year the devs said they were "open to the idea".

Are you a fan of Soul Calibur's customisation? 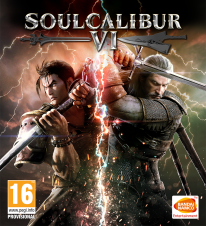