Last autumn it was confirmed that the Square Enix development team led by Tetsuya Nomura working on Kingdom Hearts III, had switched from the previous Luminous Engine technology in favour of the newer, more flexible Unreal Engine 4. And while fans feared this could have slowed down the development process, they were treated to a new gameplay trailer during this year's E3 show.

Available below, the clip shows the new, even more colourful graphics of the next entry, and unveils a couple of important story clues for long time fans. Watch on as Sora, Donald and Goofy discover the new game world inspired by the movie Tangled, which was also unveiled this week.

Check out the footage and the latest screens from the game below: 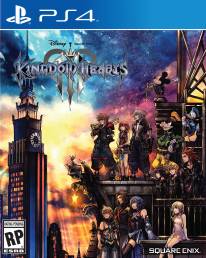