Sony has announced the seventh edition of GT Academy kicks off today.

The four-round online qualifiers offer entrants the chance to compete for the grand prize of partaking in a real-world racing series, firstly "put through one of the most advanced Driver Development Programmes in the world... with training readying them for the ultimate prize - a season's racing in the competitive Blancpain Endurance Series driving a 550bhp Nissan GT-R NISMO GT3 race car."

The best of each nation's entrants will compete in the Race Camp, which this year will be on the Yas Marina circuit in Abu Dhabi, the UAE capital. Drivers will then compete with real cars from Nissan (which is once again associated with competition), and the winner will have the chance to follow a professional career.

Participants must be over 18 and must reside in one of the following 12 countries: France, Italy, Germany, UK, Spain, Portugal, Netherlands, Belgium, Luxembourg, Poland, Hungary and the Czech Republic. You can get more details on the official website of Gran Turismo. 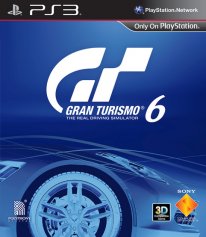