Sega has just added its most iconic mascot to Puyo Puyo Tetris 2 as part of a free update. As well as adding the Blue Blur as a playable character, the update also adds three new characters (Lidelle, MS.Acord, and Ocean Prince) and a new "Boss Battle with Everyone" online mode. Several new music tracks have also been added, as well as a few new Item Cards - so the update is a pretty expansive one!

The new "Boss Battle with Everyone" mode is perhaps the meatiest part of the update. This online mode sees up to four players join forces to topple a boss character. It features Skill Battle rules and offers players the chance to earn Item Cards and experience points.

The puzzler is arriving on December 8 and Skill Battle mode comes as an all-new feature. 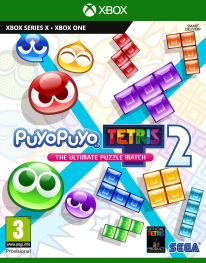