When Sonic Mania starts, you get a title screen just like in the old games and the ability to start a single-player game or play against a friend. This multiplayer part mirrors that of the old games, as the screen is split in two, and so you compete to get through the courses first, setting up other parameters such as rings, etc. There's not much to say about this part, other than that it provides a bit of variation, and it's clearly the single player that's the main course here.

Before starting a new game, you can choose between Sonic and Tails, Sonic alone, Tails alone, and Knuckles alone, and the three characters have different abilities that change your play style. Sonic is Sonic as we know him and can run fast and jump high, Tails can fly, and Knuckles can climb and glide through the air. If you play Sonic and Tails, though, a friend can control Tails (younger siblings, rejoice), and fly around with Sonic so he can reach higher platforms. In addition, there are various power ups that give the three characters the opportunity to combine different abilities. There are shields that you can get, for example, as well as those that attract rings, let you breathe underwater, or jump higher. These, combined with very interesting and varied boss fights, make the game feel fresh all the way through. A boss fight in the second zone stands out as you'll play a round of Puyo Puyo against Eggman, no doubt referencing Dr. Robotnik's Mean Bean Machine on Mega Drive (a Sonic-skinned version of Puyo Puyo). Otherwise, the boss fights are clever versions of or further developments of those found in the games on Mega Drive and they work brilliantly. It was quite a surprise running into a boss that was similar to the last one in Sonic 2 very early on, for instance.

Once the character is selected, the game begins. The start reminds us of Sonic 3, where you stand on the wing of his plane and fly into the jungle where a robot that resembles Dr. Eggman is unearthing a gemstone, although suddenly the colours on screen turn negative and you start out in Green Hill Zone. The first thing we noticed was the fantastic controls and it felt just as it should. It really feels like playing the old games, and clearly this is what the developers have been gunning for, as these levels wouldn't feel out of place on Mega Drive. You'll quickly learn that the returning acts (such as Green Hill Zone) have been further developed and expanded upon, though, and sometimes they even feel too big as you often run out of time for the time bonus. Half of the levels are taken from other Sonic games, and the others are original ones completely unique to this game.

There are 12 zones in total and the game time is about 8-12 hours if you want to clear all the acts and collect all the gems. There are as you'd expect lots of bonus stages, and if you touch one of the checkpoint posts with a solid number of rings, you'll go to bonus courses taken directly from Sonic 3 & Knuckles. There are approximately 40 of these, and if you win them, you get either silver or gold coins that unlock other game options in the main menu. In addition, you can also find huge rings hidden around the levels. These then lead an original bonus level, where you need to catch up to a UFO that carries one of the seven chaos emeralds. If you get all seven, you can become Super Sonic as in the old games. The problem is just that these big rings are very well hidden in the massive levels, and several times we cleared an entire zone without even seeing this ring, and so we didn't finish the game with all seven emeralds. We'll probably need a third and fourth playthrough to collect them all, but that's not really an issue as this game is so much fun to play that we don't mind revisiting zones more than once.

The graphics in the game are a direct HD conversion of the 16bit graphics on the Mega Drive console and it looks great on the big screen. The tracks are colourful and the graphics are crisp, running at 60FPS all the way through. One might think that '90s graphics wouldn't test a PlayStation 4, but there's really a lot going on at times, and it's hard to keep up in some sequences when Sonic almost moves faster than the camera can follow. Each zone has its very special look and theme, however, the revamped levels from the original games are better than the new ones the developers have put into the game, and the same is true when it comes to the sound, where the remixed old tracks shine the most.

And now we get to what is perhaps our main issue with the game, as there are simply too many levels. During the second half of the game, the zones begin to feel the same. There is, for example, both a zone based on a carnival and one on Hollywood and they feel very similar. So we began to ask ourselves "will the game not end soon?", and we wouldn't have minded if it had ended after 9-10 zones. The twelfth zone should also be mentioned here, because it was the most frustrating zone we've ever tried in a Sonic game, and it took us almost as long to complete as the other 11 together. There were so many traps and opportunities to die that it was simply not fun. This, coupled with the fact that the last boss battle didn't live up to our expectations, makes this one zone pull down the game. It just feels like the developers tried a little too hard to make the last zone difficult, and overdid it a little. It feels like you die not because of something you did wrong, but rather that the game threw you a curveball.

Since the '90s there have been several attempts to revive Sonic, but even if some games have been good there's been little consistency. However, if you were looking for something that harkens to his origins this is it. In fact, the game is better than the original games at times because it takes old concepts and improves them, and the music is brilliant and the graphics are sharp. We sincerely hope that there will be a Sonic Mania 2. because if they can keep up with the content and focus on quality over quantity, they have the potential to make the perfect Sonic game. Now, we'll return to the game to try and find that elusive last chaos emerald and go Super Sonic.

Advertisements
Gamereactor UK
+
Excellent controls, Gorgeous graphics and sound, large and varied zones, Lots of variation.
-
Too many zones, The last zone is horribly frustrating, Lacklustre ending.
is our network score. What's yours? The network score is the average of every country's score 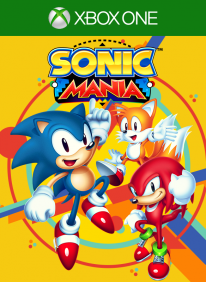