Last year Sonic Mania proved the there's plenty of life left in our favourite blue hedgehog, as it was the best game released in the franchise for years. More recently Sega announced that not only had the game sold one million copies, but it would be getting an expanded version, Sonic Mania Plus, that's also getting a retail release. Now we know that the game will hit store shelves on July 17 (US RRP: $29.99), and on the same day owners of the game will be able to upgrade to Plus via DLC (£3.99/$4.99).

You can watch the full animation on YouTube for free.

Watch us put on the nostalgia goggles with Sonic Mania Plus

Today on GR Live we rolling into Sonic Mania Plus

Sam is taking a look at the updated version. 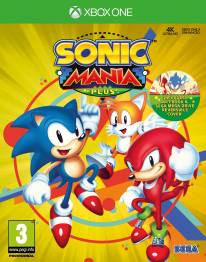