This week's free offerings on the Epic Games Store rank amongst the best that we have seen since the platform's launch. From now until July 1, subscribers can claim the excellent Sonic Mania and Horizon Chase Turbo for free. Following this, first-person puzzler The Spectrum Retreat will be taking their place and it will be available for free until July 8.

The first free game this month, Horizon Chase Turbo, is a content-rich arcade racer that pays homage to classic titles such as Out Run and Lotus Turbo Challenge. Sonic Mania, on the other hand, was regarded as a return to form for the franchise when it released in 2017 and it was met with glowing reviews. The game is a return to Sonic's classic 16-bit roots and it features eight "remixed" zones that are taken from some of his most beloved side-scrolling adventures.

The Spectrum Retreat is the free offering for the following week. 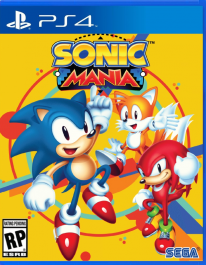