Recently, the popular social deduction title Among Us has been making headlines for all sorts of reasons. We've seen the game receive announcements for its Nintendo Switch release, the reveal of a new map and even the information that shows its the most popular game ever right now. But, it doesn't stop there as a clever fan has managed to get the title working on a Nintendo Wii system.

This isn't a port or any official release from InnerSloth, this is solely the creative genius of a single fan, Reddit user BurritoSOFTWARE who using their PC and several routers managed to stream the title to a Wii.

You can check out a clip of the Wii version of Among Us in action right here, which while not looking the best does prove that the Wii could have a future in a game streaming world, albeit a very slim chance.

Your move Stadia and xCloud.

Among Us' new Airship map is now live

New hats and tasks are also available as part of this free update.

Among Us: Airship map takes off in two weeks

Innersloth candidly spoke about the development process and the enormous work amount that slows down of all those involved.

Quickchat feature has been added into Among Us

InnerSloth: "This is an easier, faster and safer option to play if you're using text chat."

Report: Among Us on Switch already sold about 3.2 million copies in December 2020 alone

After falling from its November peak, Among Us was still 2.8 times as popular as the next biggest title, Roblox.

Victoria Tran: "We had to spend 2 months just restructuring."

Among Us was December's most downloaded Switch game in Europe

The multiplayer game's console debut appears to have been a hit. 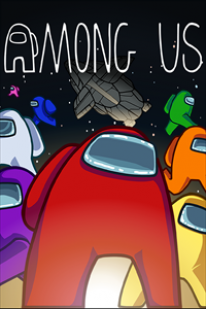