After launching on PC, PS4, and Xbox One last April, SnowRunner is finally heading to the Nintendo Switch on May 18, 2021.

The simulator, which has been revealed to have sold over 1 million copies, features realistic driving physics and includes many different types of tricky terrain for you to traverse. It also enables you to get behind the wheel of a whole catalogue of different licensed vehicles from brands such as Ford, Chevrolet, and Freightliner.

We reviewed SnowRunner when it first released and described it as "a great addition to the driving-sim genre." You can check out our initial review here.

Are you excited to be able to finally take SnowRunner on the go?

We're going for a ride in SnowRunner on today's stream 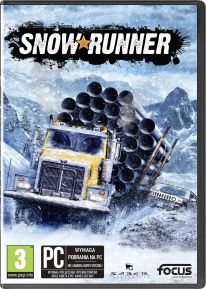