Snoop Dogg has become quite a big personality on Twitch, and gets quite a healthy amount of viewers each time he streams. But, this success hasn't been without its woes, as the rapper has seemingly unknowingly been livestreaming to his fans silently for the past week.

The last bunch of streams for the rapper has seen him play Madden NFL 21 muted to a hefty audience that ranges between 5,000 to 48,000 viewers - and yet none of the viewers have been able to tell him that he's streaming with no audio (voice or game, that is).

Don't be mistaken, the viewers have tried their hardest to inform Snoop that he has no sound, but he hasn't quite cottoned on yet. In fact, this isn't even the first time Snoop's stream has been quite the talking point, as a few months ago, the rapper rage quit Madden after playing for 15 minutes, but forgot to turn off the stream... for seven hours. You can read more about this instance here.

Snoop Dogg has been silently streaming Madden for a week

The iconic rapper has been muted for a while and he doesn't seem to know. 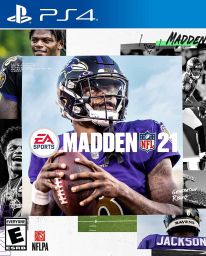