"I am happy to break 11 million copies sold," says CI Games CEO Marek Tymiński. "The franchise is important to us. We have learned a lot from SGW3 and we successfully launched Sniper Ghost Warrior Contracts, which just passed the 1 million units mark. The next instalment in the franchise SGW Contracts 2 will be released globally soon."

Last year we heard that Sniper Ghost Warrior Contracts 2 was scheduled for an autumn release, but apparently it didn't make it. However, according to its Steam page, now the game is expected to arrive in Q1 2021. If you are interested to know more information about the upcoming game, you can check out itsofficial website.

Sniping and jungles and bad men who need to be shot at until they're thoroughly dead, together at last!

The assassination action series has reached an impressive milestone.

One million units sold, according to dev 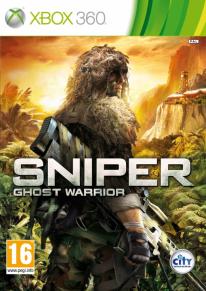