In a recent interview with IGN, Activision Publishing's CEO, Eric Hirshberg, has confirmed that the Call of Duty title currently in development at Sledgehammer is going to be next-gen focussed.

"Sledgehammer is approaching this as a next-gen-first development," Hirschberg said. "Obviously in the console-transition year, anyone who developed a cross-generational game last year had to deal with the fact that the technology of the next-gen platforms was still coming into focus and changing quite a bit during the development process.... Now that we have the next-gen hardware out in the marketplace and solid, that is our primary development."

Hirshberg later continued: "we've got more capabilities than ever before to play with and we want to make sure our developers have the time to innovate, iterate, to bring the best creative vision and the most possible polish to each and every game."

It was recently confirmed that Call of Duty was switching to a three year cycle, and there's speculation mounting that Sledgehammer's entry will be a continuation of the Modern Warfare strand of the series. 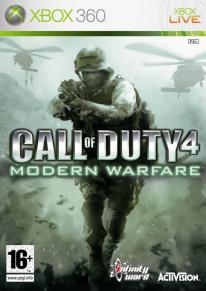