Bethesda Softworks has partnered up with iam8bit, the makers of exclusive collectibles, to create two new items based on The Elder Scrolls V: Skyrim, which recently came to VR and Nintendo Switch, and these are a soundtrack on vinyl and a limited edition screenprint, both of which can be pre-ordered right away.

The Skyrim Vinyl Soundtrack (JUN/KUN Limited Edition) costs $40 USD (around £29.87) and contains the favorite tracks from the development team of the game, divided between a Light and Dark side. Just 3,000 will be made and all will include the original music from the game, composed by Jeremy Soule.

The vinyl album also includes new art created by Aled Lewis and can be bought separately as a limited-run screenprint for $100 (roughly £74.69), and both will be shipped in the second quarter of 2018.

Is this the perfect gift for a Skyrim fan?

The boost in frame rate can come at the cost of resolution in some select titles.

The Elder Scrolls V: Skyrim is about to get the boardgame treatment

The popular RPG makes its way to yet another format.

As part of Xbox's The Game Awards announcements, a whole list of titles has been announced for the service.

The Skyrim Together mod is now in closed beta

The multiplayer mod for The Elder Scrolls V has a lot of people excited and now it's officially in closed beta. 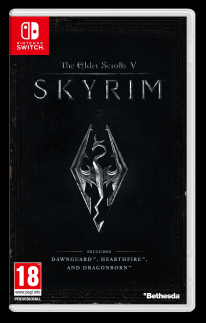