It was just the other day that we reported that crea-ture Studios had something exciting to reveal about the Xbox One version of the spiritual successor to Skate 3, the upcoming Session (which launched as an Early Access title for PC last year). And now the studio has kept that promise by tweeting the following:

"Because we're asked to be more transparent and fill you in on what is going on with console development we are dropping radio silence to tell you some exciting news about the timeline now being SOLIDIFIED and why, doubled the team and tripled the focus!

In an effort to double on the Xbox console port, we have teamed up with an experienced studio named Illogika who will focus an entire team to porting Session to console alongside us. And together with this expansion of developers we now have a solid timeline to bring you Session on Xbox this spring 2020."

Still no date, but Illogika has previously worked on games like Cuphead with MDHR, and is most known for Subaeria, so we know it's a talented developer. Hopefully, Xbox owners will be able to get their digital skates on sooner rather than later. 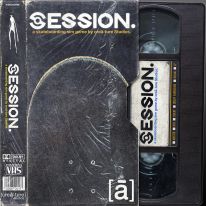