Activision Blizzard and Treyarch have released the details for the Call of Duty: World at War multiplayer beta that will start in October. It will be available on both PC and Xbox 360 (no Playstation 3 beta, sadly) and you can sign up for the beta starting today at the official website. No details on the number of maps have been released yet, and in the US the beta tokens for the Xbox 360 beta is given away when you pre-order the game at Gamestop. This suggests there will be plenty of openings in the beta, but there is no guarantee you will get a beta token when signing up.

The release date for Call of Duty: World at War is set to be November 11 in North America, and November 14 in PAL territories.

While you are waiting for the approval and your beta token, make sure to check out our GRTV-interviews with Josh Olin, community manager at Treyarch and Hank Keirsey, the military advisor on the Call of Duty series. 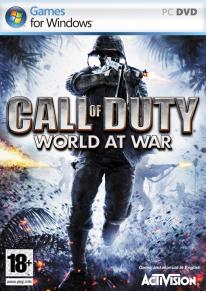