As you might know, Resident Evil 3: Nemesis for PlayStation originally wasn't supposed to be a numbered game, but as Sony wanted the sequel to Resident Evil 2 and bartered for it. Capcom then decided to give it a number - while at the same removing the number from the true sequel; Resident Evil - Code: Veronica.

In an interview with the series creator and horror mastermind Shinjo Mikami over at Archipel, he says what he thinks about those games:

"The company asked us to make it a numbered title. So we had to change it so it could satisfy more players, that was tough. In the end, it is a numbered title of the Resident Evil series, but the quality is a bit on the lower end.

On the other hand, Resident Evil - Code: Veronica, which isn't a numbered title, that game is a title that deserved more to be a numbered one. It didn't end up becoming one for political reasons between Capcom and the console manufacturing company."

Do you agree with Mikami, which of these two games were better? 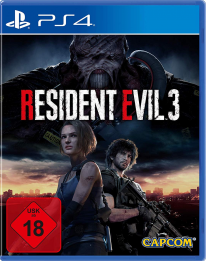