If you didn't know, Shadow Warrior is heading to PlayStation 4 and Xbox One following the reboot's debut on PC last year.

If there's anyone with a particular interest in the resolutions the different versions will be running at, lead engine programmer Krzysztof Narkowicz has confirmed as much ­to GamingBolt.

"Shadow warrior is a fast paced game, so it was very important to have 60 fps. Also ­we didn't want to cut any graphic features, so we decided to use 900p with 60fps," Krzysztof said.

"Mainly CPU issues, as our engine didn't scale for more than 2­-4 cores. This required a change of threading architecture and many parts of the engine needed a rewrite," he added when asked about the challenges of getting the PS4 version running at 1080p.

Expect to see more of Flying Wild Hogs' series reboot of the 3D Realms original later this summer, and if you can't wait, it's out now on PC. 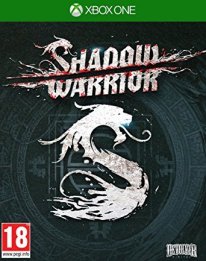