Despite Middle-earth: Shadow of Mordor being a solid and well-crafted experience, many players felt underwhelmed by the ending, with a lack of closure and huge build-up followed by an unsatisfying finish. A lot of information regarding the sequel, Shadow of War, was unveiled at E3 and we had the chance to sit down with design director Bob Roberts to talk about everything that's coming in Talion's return to Mordor.

"We're really trying to make this [Shadow of War] like the conclusive feeling epic ending for these characters and this story that we only really got halfway through last time," explained Roberts. "We'll definitely wrap up Talion and Celebrimbor I think in a way that people will find very satisfying. We took that criticism from last time as well; the ending was a little lacklustre, I think if anything, people will think we're overcompensating this time a bit."

It'll be interesting to see where the story takes us, and if it potentially sets up new characters to continue in the world in a third game perhaps? Check out the full interview below and let us know what you think in the comments. 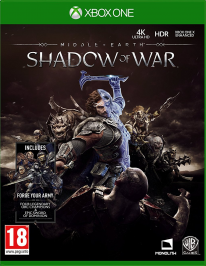