It wasn't that long ago that we were in London to attend the reveal event for Eidos Montreal and Square Enix's Shadow of the Tomb Raider, and our first preview concerned the opening section of the third entry in Lara's origins trilogy. Square Enix had something different in mind for its pre-E3 hands-off demonstration of the game, however, as we were shown two sections from much later in the game, showcasing two different sides of the journey.

The first of these introduced us to the hub world of Paititi in Peru. To give a bit of context, in Rise of the Tomb Raider we were introduced to a semi-open world, where we were given a hub that allowed us to talk to NPCs, find extras like tombs (who knew?), and get side quests. This aspect has all been ramped up a bit more with what Eidos Montreal calls their biggest hub world in a Tomb Raider game to date.

Paititi itself is a fictional secluded town to which people from all different cultures - including Aztec, Maya, and Inca - have migrated, which is something that the studio says plays with the lines between fact and fiction, since there's no evidence to suggest these cultures all migrated to Peru, but it could've happened (more along the lines of improbable, then, not implausible). As such it's a living space filled with a lot of different people and languages, and the clear conflict here is between the murderous cult imposing themselves on the land and the rebels that are opposing their oppressors.

As Eidos Montreal walked us through the town in Lara's shoes they made clear to us that effort has been taken to make the world feel as alive as possible, as there's a constant hustle and bustle as people go about their daily lives. What's more is that you can interact with the space too, gathering side missions such as when we were asked to recover some lost dice for a sad-looking boy we encountered. This, the developers say, allows different sides of Lara to come through, like her sense of humour, in contrast to the dark and predatorial killer we've seen showcased so far.

Although it's clear that this is a work in progress, we should mention here that we did notice the facial animations and voice acting between Lara and these various citizens was extremely flat and wasn't really all that convincing. We hope this is something that they can clear up in the months they have left, especially since they clearly want players to feel immersed in this vibrant hub.

In the town itself there are various districts to explore as you might expect, including a market filled with merchants, a religious area, and a place where clothes are dyed. We got a good look at one merchant's stock in the market, at which point we saw a lot of old re-used clothing that was in need of restoration; Eidos Montreal said this was in line with what they'd expect from a secluded community like this. Throughout these districts there are various interiors to explore and interact with too, and what's more is that we were promised to be able to visit all the places we can see, including all the large, looming temples in the distance.

After this saunter through town, we went further afield to try and discover a challenge tomb in the jungle, where we were told that the entrance to these tombs will be not only hard to find, but also dangerous too. In terms of the challenge tomb itself though this was more of the same Tomb Raider: puzzles, environmental dangers, and jumping across precarious gaps. The treasure rooms, however, aren't the only draw and there's plenty more to find deeper in the tombs this time around. Oh, and don't worry about the ethical conundrums of collecting artefacts, as we're assured that they're all returned to the people of Paititi, rather than shipped away to some dusty museum.

What's more is that there's plenty more swimming sections this time around (as we've discussed before); just getting into the challenge tomb Lara had to swim through loads of interweaving tunnels, avoiding dead ends and underwater dangers such as eels and piranhas. There are even a number of high dives into pools of water that you can find in the world (as if completionists didn't have enough to worry themselves over).

An interesting side note relates to Lara's outfit in Paititi, as here she ditches her combat-ready attire in favour of dress that's more suited to the South American cultures she's mingling with, which while a small detail is something we enjoyed seeing as it spiced things up a little bit and showed a more human side of Lara than the woman who's ready to shove a knife into someone at any given moment. Here she's becoming one with the culture she's exploring, and we must say the outfit looks great too.

The next demo we saw took us to an abandoned oil facility where we were on the run from Trinity soldiers, and in the context of this situation we only had our knife and a bow at our disposal. With the bare minimum at hand, then, Lara had to rely on stealth. Like the jungle setting that's been talked about already; becoming one with the environment is the key to surviving.

As Trinity soldiers, armed to the teeth, started scouring the jungle floor, Lara leapt onto a branch to keep herself hidden, hearing the mutterings of the enemies below. As expected from enemies who haven't read 101 Rules for Staying Alive they split up, and that's Lara's chance to show us what she's got, first leaping down from the tree to plunge her knife into an unsuspecting victim, before returning to the trees yet again. As we move from branch to branch Lara shoots out some lights as well, before stringing up another isolated enemy from a tree, much like we saw in the trailer.

As we move down onto the forest floor there are other things at her disposal, like using bottles and arrows to cause noise distractions and divert attention. This allows her to sneak up on enemies from behind, and Discovery Vision helps with this a lot, identifying enemies in the dark and seeing which ones are alone and which are in a big group.

In the demo Lara gets discovered, but that doesn't mean things have to descend into a gunfight, as simply returning to the trees and ziplining away allows her to return to a hidden state once more, taking again to the long grass and vine-filled walls to conceal herself, both of which allow her to pounce on nearby enemies if they stray too close. Smoke grenades were also used in the demo too, making the enemies cough while she sent them both to meet their maker.

After that Eidos Montreal took us away from the jungle section to a chase sequence where we were discovered by an armed truck and helicopter, who proceeded to try and gun Lara down as she clambered around the facility as it burst into flames all around her. As she struggled to get to safety, climbing over pipes and ledges, the structure she was on suddenly crumbled after a missile strike, leaving Lara plunging into the water below. As she emerges, a dark figure in the flames all around, she sees an injured enemy on the shore who then becomes her latest target. Lara unsheathes her knife and goes back to work.

These two segments contrasted with each other nicely, and Eidos Montreal explained (below) that this is a game all about juxtaposition. When you're not the stone-cold killer that takes her victims in the jungle, for example, you're a very human, very real person interacting with the people in the village of Paititi. Lara even goes as far as showing us her sense of humour. There's also the contrast with fear too, as there's the fear that this deadly Lara puts into the hearts of her enemies, but also the internal fear she faces after she causes huge catastrophes and deals with the consequences of her actions.

While our initial gameplay demo back at the reveal event captured our curiosity with regards to the continuation of this origins series, these two sections caught our attention in a different way, introducing more of the predatory combat and showing off the brand new hub world that not only looks gorgeous but that also seems to offer a lot for players to enjoy. We need only wait until September 14 to see how this all works in practice, but for now Shadow of the Tomb Raider is shaping up very nicely indeed. 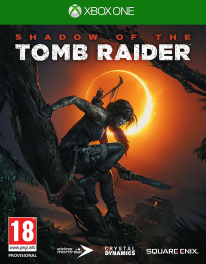