It wasn't an easy task to replace the beloved Yakuza protagonist Kazuma Kiryu in Yakuza: Like a Dragon. After all, he's been the main guy in all seven numbered games (don't forget Yakuza 0!). But when Ryu ga Gotoku Studio offered a soft reboot for the series with new gameplay and a new city, they also replaced Kiryu with Ichiban Kasuga.

And that was a stroke of genius. Kasuga often felt like a Yakuza version of Naruto and instantly became a big favorite. And it seems like we're going to see more of him in the future, as Ryu ga Gotoku Studio writer and designer Masayoshi Yokoyama, implies in an interview with The Verge:

"I think that Yakuza: Like a Dragon is only the first chapter of Ichiban Kasuga's life. Since he was in prison for 18 years, he has only just begun his life as an adult man. I'm sure there's probably many trials and tribulations that await him."

While this isn't a confirmation that we'll see more of this friendly gangster, Yokoyama also added later on:

"As Kasuga starts out his new life, he will surely encounter challenges that he cannot solve through violence or brute force. I develop each game with the intention of creating a life of a single person. I'm not sure if I'll continue to write Ichiban Kasuga's life or not, but I can totally imagine him in deep trouble somewhere on the face of this Earth [laughs]."

It does seems like we're getting more Kasuga madness, doesn't it? And we are totally fine with this.

Yakuza: Like a Dragon is the most successful title in the series yet

Sega's Shuji Utsumi confirmed this fact in an interview with Famitsu.

The Yakuza series will be turn-based from now on

Like a Dragon was the start of some pretty big changes for the series. 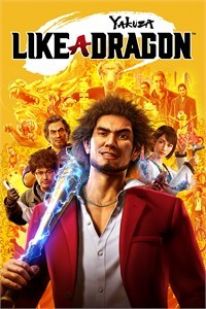