Even though yesterday's quarterly report from Sega was expected to show some poor performance for Sonic Forces due to the critical reception of the game (including us, as you can tell in our review), the game seems to have actually performed rather well, the same as other physical releases of the company, making the game division profitable again.

According to the report Sonic Forces, Yakuza Kiwami 2, and Football Manager 2018 all had powerful performances in the market, to such an extent in fact that the company sold more than 14.3 million copies in retail, translating to a 76% increase in the quarter year-on-year, even though they released fewer games. This is mainly in the West (as sales in Japan dropped 39%), with perhaps an additional push by Total War: Warhammer II.

Physical releases thus compensated drops on DLC and coin-op earnings, and the results were so bright that Sega has now pushed its forecast upwards for the whole fiscal year, with Valkyria Chronicles 4 and Hokuto Ga Gotoku as main highlights.

Are you surprised by these numbers from Sega? 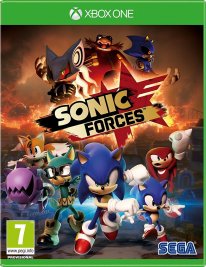