Back in May 2016, Sega's community manager Dan Sheridan spoke about the possibility of HD versions of Shenmue 1 and 2, but emphasised that it wasn't going to be easy.

It appears that they might have found a way to do it anyway, because they apparently registered the domain shenmuehd.com as early as September last year. This didn't pop up on our radar until now, but hopefully it means that the wait will be shorter.

The crowdfunded Shenmue 3 is planned for a release this year, and we expect the HD collection to release prior to the third installation, if it's coming at all. Nothing has been communicated by Sega yet, so until further notice we play the waiting game. Did you play the original Shenmue?

After saying it wouldn't be easy, are Sega now doing it?

With the third game drawing closer, there's interest in the first games.

Sadly this news takes us no closer to Shenmue III.

Shenmue HD finished a year ago

Report claims Sega has both I & II ready. 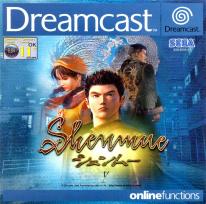