Deep Silver has just announced that all three Secret Files games are coming to Nintendo's hybrid console, starting with Secret Files: Tunguska, which will hit the Switch on November 30.

The game puts you in the shoes of a character called Nina, who is searching for her father, having gone missing after looking into the mysterious Tunguska catastrophe of 1908. Together with her father's assistant Max, they unravel a conspiracy of epic proportions and are chased around the globe by Russian intelligence and overzealous secret societies.

It's an "interactive mystery thriller", according to the press release, and you'll have to unravel riddles and puzzles over more than 100 locations, so if you missed the boat or just want to revisit these games, keep an eye out for this when it launches next week.

Are you excited about diving into the Secret Files again? 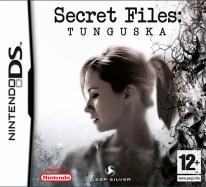 Broken Sword: The Angel of Death