Ever since Knockout City launched last month, Velan Studios has been busy introducing fresh new content to help keep players hooked. The game's latest Heatwave event, for example, added several summer-themed items that could be obtained by collecting ice pops, and four new playlists were also in rotation. This commitment to bringing new content doesn't appear to be ending some too, as the studio has just rolled out an updated roadmap.

With Season 3 and 4 being blank and with Season 1 previously being detailed, the most exciting information here is regarding Season 2. From the image below, we can see that Season 2 will kick off on July 27, and it will include a new ball, a new map, and five new playlists. Sadly, specific details regarding these new arrivals have not been released, but it's still nice to have an overview of what will be arriving in the future.

You can check out our review of Knockout City here.

Subscribers also have Sam & Max Hit the Road and Unmemory to look forward to.

It will include a new map, a new ball, and five new playlists.

There will be new cosmetics to unlock and several new game modes to play.

The game is even free until level 25.

The game is also still on Xbox Game Pass. 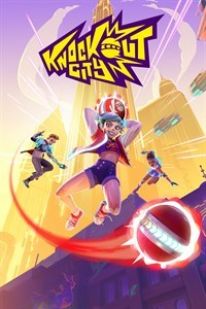