Rumours have been going around for some time regarding Santa Monica Studio potentially working on a sequel to God of War, the Norse reboot starring Kratos and his son Atreus, released exclusively on PlayStation 4 in 2018. At the moment, the studio has not yet confirmed any news on it, but it seems that a job listing published recently by the company has added fuel to the fire.

The listing indicates that the studio is looking for a new lead writer, but it does not clearly state which game that it's working on. Many have assumed that it could be the sequel to God of War - for which the game director Cory Barlog has repeatedly expressed his interest in a trilogy, but without particular details - but also another game, which has nothing to do with Kratos.

Some time ago, in fact, Barlog himself had expressed his interest in wanting to work on something completely different, a science-fiction game, for which he had disseminated several clues on his Twitter profile, starting from an "END OF TRANSMISSIONS" and the change of his profile picture with that of the Voyager 1 satellite, as well as the choice to change his biography to read in Morse code "55HSIE", which probably refers to Sony Interactive Entertainment.

At the moment, we can only speculate because Santa Monica Studios has preferred maximum confidentiality on the project. We hope to receive more details in the near future on the new plans for this promising outfit.

Santa Monica Studio is looking for a new lead writer

Could Santa Monica Studio be working on a God of War's sequel or is a brand-new project in development? 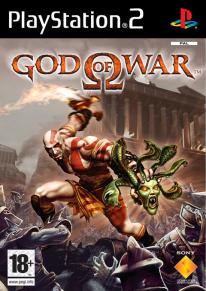