The Kickstarter-page for Shenmue 3 had some good news for those wanting the third entry to be as authentic as the first two. The Kickstarter confirms that Corey Marshall, who voiced Ryo in the two previous games, will lend his voice to the main character yet again.

Also all backers who pledge at least 1000 dollars for the project will get a personalised voice message from Ryo. It was unclear is the message included in the game, or is it delivered separately. If latter is true, then this will be quite an expensive one-liner. 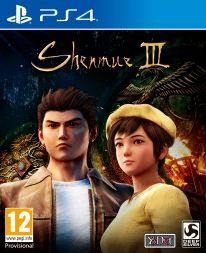