R.U.S.E., the realtime strategy game for PC/360/PS3, has just been delayed until September. "Following the massive feedback we got from the community during the public beta, we have decided to postpone the release of the final game to September 2010," Eugen and Ubisoft have stated on the game's Facebook page. 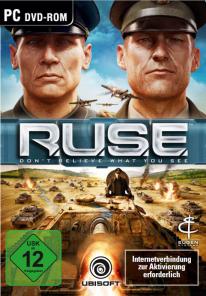